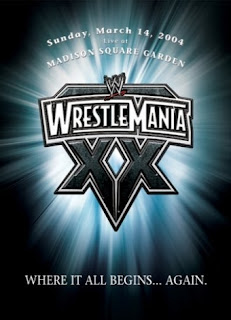 The event was a joint-promotion pay-per-view event, featuring performers from the Raw and SmackDown! brands. The card for the event featured two main events. The main match for the Raw brand was a Triple Threat match for the World Heavyweight Championship between champion Triple H, Shawn Michaels and Chris Benoit. Benoit won the match, making Triple H submit via the Crippler Crossface.[4] The main match for the SmackDown! brand featured Eddie Guerrero versus Kurt Angle for the WWE Championship which Guerrero won after a small package. The event featured the return of The Undertaker, who defeated Kane after a Tombstone Piledriver. Also on the card was a match between Goldberg and Brock Lesnar with Stone Cold Steve Austin as the special guest referee. This was Goldberg's final match with WWE, and Lesnar departed the company to pursue a career in the NFL, and later became a mixed martial artist with UFC before returning to WWE on April 2, 2012. After Goldberg won the match following a Jackhammer, both men were given a Stone Cold Stunner by Austin on their way out.