Mickie James tries to add being Divas Champion to her already impressive resume. 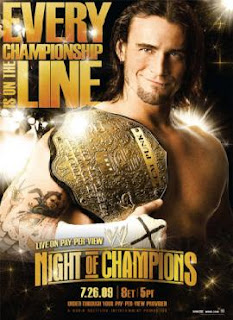 Night of Champions (2009) was a professional wrestling pay-per-view event produced by World Wrestling Entertainment (WWE), which took place on July 26, 2009 at the Wachovia Center in Philadelphia, Pennsylvania. It was the second annual event to be promoted solely under the Night of Champions name and the ninth annual event under the Vengeance/Night of Champions chronology. Similar to the previous two events, the concept of the show was that every championship in the company would be defended. It featured talent from the Raw, SmackDown, and ECW brands. Eight matches were contested on the card.