The Undertaker vs. Brock Lesnar - Hell in a Cell WWE Championship Match: No Mercy 2002 (Highlights)

The Undertaker looks to win the WWE Championship from Brock Lesnar. 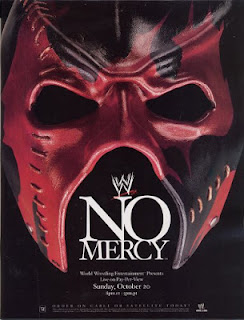 No Mercy (2002) was a professional wrestling pay-per-view event produced by World Wrestling Entertainment (WWE) and presented by Subway[1] that took place on October 20, 2002, at the Alltel Arena in North Little Rock, Arkansas. It was the fifth annual WWE No Mercy event and featured wrestlers from the Raw and SmackDown! brand. To date, it is the only WWE pay-per-view event ever held in the state of Arkansas.

Email ThisBlogThis!Share to TwitterShare to FacebookShare to Pinterest
Labels: Brock Lesnar, No Mercy 2002, The Undertaker