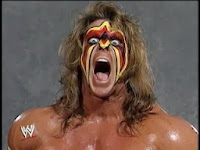 STAMFORD, Conn., January 13, 2014 – WWE (NYSE:WWE) announced today that The Ultimate Warrior will return to WWE after an 18 year absence and be inducted into the WWE Hall of Fame at a ceremony on Saturday, April 5, 2014 at New Orleans Arena, as a part of the WrestleMania® 30 festivities.

“The Ultimate Warrior was the most intense, colorful, competitive and outspoken Superstar in sports entertainment history, and his contributions to WWE were extraordinary,” said WWE Chairman & CEO Vince McMahon. “We are thrilled to induct The Ultimate Warrior into the WWE Hall of Fame.”

The Ultimate Warrior was one of the most iconic and exciting Superstars in WWE history. When the distinctive ring entrance music of Warrior hit, he would burst out of the dressing room and sprint towards the ring, causing a frenzy of excitement amongst WWE fans. Inside the squared circle, Warrior was responsible for many of the most memorable moments in WWE history.

In 1988 at the inaugural SummerSlam®, he defeated the Honkytonk Man™ in record time to win his first of two Intercontinental Championships. In 1990, Warrior defeated Hulk Hogan™ to become WWE Champion at WrestleMania® VI in one of the most exciting matches in WrestleMania history. Warrior would continue to captivate audiences around the world with epic encounters against WWE Legends such as Undertaker® and Randy Savage™. After a storied career that also saw him compete in WCW®, Warrior stepped away from the ring in 1998. Last year, he was featured in the WWE 2K14 video game as a downloadable character, giving the next generation of WWE fans a chance to “feel the power of the Ultimate Warrior.”

Additional WWE Hall of Fame Class of 2014 inductees will be announced over the coming weeks.

Tickets for the 2014 WWE Hall of Fame Induction Ceremony at New Orleans Arena go on sale this Saturday, January 18 at 11 AM ET/10 AM CT through www.ticketmaster.com or by calling 1-800-745-3000. All tickets are subject to service charges and facility fees.

WrestleMania 30 takes place at the Mercedes-Benz Superdome on Sunday, April 6 live on WWE Network. For more information on how to get WWE Network click here. WrestleMania 30 will also be available on pay-per-view. Check with your cable, satellite or telco provider for availability.

Email ThisBlogThis!Share to TwitterShare to FacebookShare to Pinterest
Labels: The Ultimate Warrior