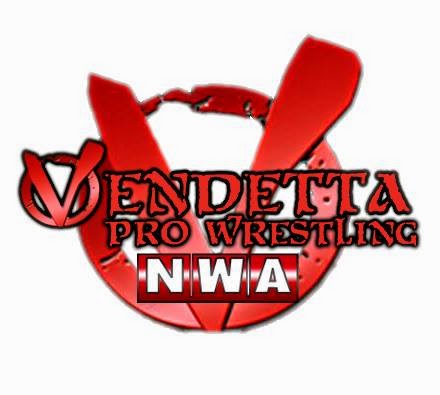 “Vendetta Pro Wrestling is pleased to be joining the National Wrestling Alliance and to be bringing the organization back to the state of California,” Vendetta Pro co-promoter Joseph Duncan said.

Since 2009, Vendetta Pro Wrestling has become one of the largest promotions on the West Coast, promoting events throughout the state of California, as well as in Las Vegas as part of the annual Cauliflower Alley Club Reunion.

The first Vendetta Pro Wrestling event to be held under sanction of the NWA will be their "Summer Sizzle V - VendettaVersary" event at the Elks Rodeo Event Center in Santa Maria on Saturday, August 2, and will celebrate Vendetta Pro's fifth anniversary. In the near future, Vendetta Pro plans on reintroducing the NWA Western States Heavyweight Championship, a new title that will serve as a spiritual successor to the former NWA Western States Heritage Championship held by wrestling greats Barry Windham and Larry Zbyszko, as well as the original NWA Western States title held by greats such as Dory Funk Jr., Terry Funk, Dick Murdoch, Bob Backlund and Bruiser Brody, among others.

“The NWA is pleased to announce its expansion into California with the addition of Vendetta Pro Wrestling,” said NWA President R. Bruce Tharpe. “This promotion has worked hard to develop a reputation for integrity and first class pro wrestling. We are excited about them joining the NWA team.”

“At the 2014 Cauliflower Alley "Casino Royale" pro wrestling event, Vendetta Pro Wrestling hosted the NWA World title match between Satoshi Kojima and Rob Conway as well as a handful of other NWA matches,” added NWA CEO Chris Ronquillo. “When CAC wrapped up, the NWA and Vendetta Pro Wrestling teams came to the conclusion that going forward, we should work together under the NWA banner. Today it's our pleasure to announce that reality as we expand the NWA's coverage into California with the addition of Vendetta Pro Wrestling to the NWA's family of licensed promotions.”

The NWA’s mission is to present professional wrestling events that are both athletic and competitive, not only as a promotion but through the licensing of integrity driven promoters and quality promotions around the world. It currently sanctions events in twelve states, the United Kingdom and Australia as well as in Japan through its partnership with New Japan Pro Wrestling.
Posted by JD at 15:47