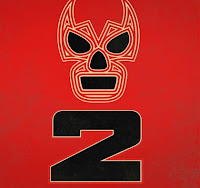 Mysterio, who stepped into the ring professionally at the age of 14, is one of the sport's most well-respected athletes. His rapid fire moves and high-flying style helped revolutionize pro-wrestling and his 21 titles (between WWE and WCW) have given him icon status among his fellow athletes and fans.

“When it comes to in-ring performers, Rey Mysterio is among the elite and we are thrilled to welcome him and his skills to the ‘Lucha Underground’ franchise reinforcing our promise to bring US audiences the very best in lucha libre wrestling,” said Executive Producer and Showrunner, Eric Van Wagenen.

Most recently, Mysterio captured the Lucha Libre World Cup in May 2015, leading his trios tag team to victory in a tournament against other three-man tag teams, representing wrestling talent and organizations from around the world. Performing in nearly every major North American wrestling organization, Mysterio’s fast-paced, high flying lucha libre-style offense quickly made him a fan favorite over the past 25 years. In addition to Rey Mysterio’s 21 title reigns, he was also part of the inaugural class of the AAA Hall of Fame in 2007.

"I am excited by the opportunity to join such an extraordinary group of athletes and be a part of the Lucha Underground family," Mysterio said. "It is a privilege to be able to represent this sport and have a chance to share my love of Lucha with passionate wrestling fans around the globe."

Rey Mysterio joins a growing group of legendary AAA Luchadores who have been part of the “Lucha Underground” franchise including Alberto El Patrón, Blue Demon Jr., Sexy Star, Mil Muertes, Fenix, Drago and Pentagon Jr. Together with U.S. based wrestlers Chavo Guerrero Jr., Konnan, Johnny Mundo and Prince Puma, the group provides enthusiastic viewers with an incredibly visceral and explosive experience with a focus on the artistry, originality, intense action and over the top characters that has come to define this phenomenal fan-favorite.