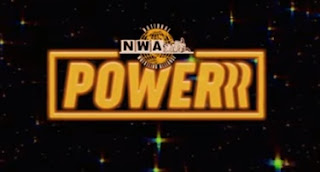 The NWA was founded in 1948 to bring a unified vision to professional wrestling and sanction one true Worlds Heavyweight Champion now called The Ten Pounds of Gold.  In the 70 plus years,  the National Wrestling Alliance place in history has been defined by the wrestlers, champions and events produced.

Today, Lightning One and the National Wrestling Alliance bring studio wrestling to a whole new age.   #NWAPowerrr was produced with the age that wrestling fans consume their media.   The power is truly in the hands of the performers to walk to the microphone and be their true authentic self.  For the fans, it's the opportunity to see a classic wrestling format in a traditional media viewing landscape.

NWA President Billy Corgan talked of a 20 year plan when he took control of the National Wrestling Alliance.  As we enter our second year, NWA Powerrr is not only Billy Corgan and David Lagana betting on themselves but every talent who walks through that curtain.

This is NWA Powerrr.