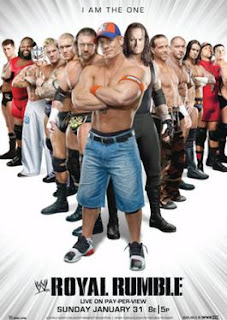 As has been customary since 1993, the Royal Rumble match winner received a match at that year's WrestleMania, (in this instance: WrestleMania XXVI) for his choice at either the WWE Championship, the World Heavyweight Championship, or the ECW Championship.