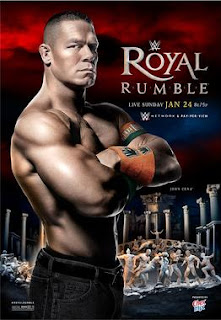 From one Superstar’s phenomenal WWE debut to a hard-hitting showdown among giants, there isn’t a dull moment in the 2016 edition of the Royal Rumble Match: Courtesy of WWE Network.

Royal Rumble (2016) was a professional wrestling pay-per-view (PPV) event and WWE Network event, produced by WWE. It took place on January 24, 2016, at the Amway Center in Orlando, Florida.

It was the 29th event in the Royal Rumble chronology. The event also was the fifth Royal Rumble pay-per-view to be held in the state of Florida (1990, 1991, 1995, and 2006), the second (1990) to be held in Orlando, and the first pay-per-view event at the Amway Center. The Royal Rumble match was the second that was contested for the WWE World Heavyweight Championship (after the 1992 Rumble), and the first match in which the champion defended his title in the Rumble match.