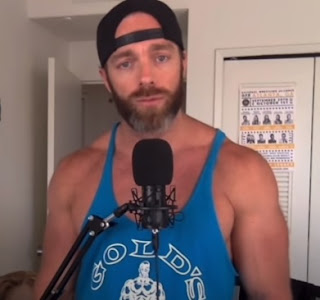 The Eli Drake Show is now officially available as part of the new Carnyland platform.  This unique talk show is all from the perspective of the one and only... E-LI DRAKE. If you want to get The Eli Drake Show first, make sure you join https://www.patreon.com/Carnyland to get early access plus to be a part of the show by asking questions that will be answered on the show.

On the debut episode entitled “Eli’s First Time”, Eli talks about his FIRST TIME, what really gets under his skin in the wrestling business including his time in Impact Wrestling, his feelings on the stock market, and the Michale Jordan Documentary Series “The Last Dance”.  Upon completion of Episode 001, Eli Drake added his thoughts on the passing of his friend Shad Gaspard 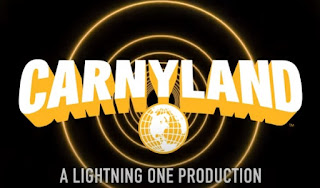 Carnyland is here!  On last week's NWAP owerrr, NWA President William Patrick Corgan announced the idea of #Carnyland.  So what is it?  That's a great question that is not easily answered in one sentence, essay or even one video.

To the fans of #NWAPowerrr, we have asked one member of the roster to let you know from the beginning how much we miss doing the studio wrestling show.  You'll hear their authentic voice on how important each of you and how much we miss you.  We read every one of your comments and can't wait to read below as you watch this new show.

From that moment, you'll enter #Carnyland and what you see will be just a first step into this new land we're building.  Like any new place, it will constantly be evolving based on its visitors, citizens and those who sit on the town council.

You will see some familiar faces from the National Wrestling Alliance in this new place.  We will not over hype this moment, as our great NWA Worlds Heavyweight Champion Nick Aldis has said time and time again... under promise and over deliver.

Carnyland is not just one thing.  And trust us, we've all been there... a lot.

Email ThisBlogThis!Share to TwitterShare to FacebookShare to Pinterest
Labels: Carnyland 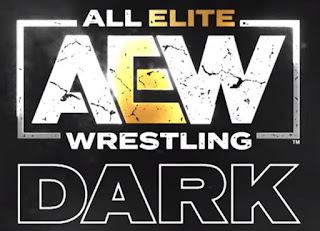 The Best of Jacob Fatu - Reality of Wrestling 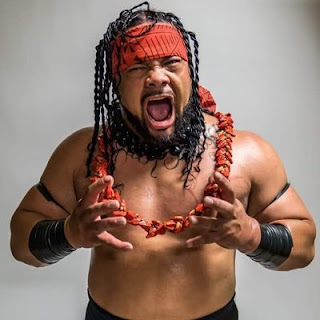 Welcome to our first ever Best Of Collection where we will highlight a superstar of Reality of Wrestling and look back at their best matches.

Jacob Fatu was trained by his uncle, Rikishi. His father is Sam Fatu, who competed in the World Wrestling Federation as Tama and The Tonga Kid. Umaga was his uncle and The Usos are his cousins.

Jacob Fatu currently signed to (MLW) Major League Wrestling, where he is a member of the Contra Unit and the reigning World Heavyweight Champion in his first reign.

He is a member of the Anoaʻi family.

NWA Powerrr returns with the season 3 finale with the "lost" episode called Super Power.  This episode originally was intended to run in the build up for the Crockett Cup but with the world circumstances that event had to be postponed.   NWA President William Patrick Corgan will update all the fans on what the future of The National Wresting Alliance is at the end of NWA Powerrr.

Legends of the NWA are in action as Ricky Morton and Robert Gibson of the Rock N Roll Express battle the NWA National Champion Aron Stevens (aka Damien Sandow) and The Question Mark.

A special confrontation with top women in the National Wrestling Alliance. as Melina, Allysin Kay and the NWA World's Women Champion Thunder Rosa will all be at the NWA Powerrr podium together.

Plus a special interview with The NWA World Tag Team Champions Eli Drake & James Storm who are joined by Eddie Kingston.

And the In-Ring Debut of Kamille plus her first ever interview. 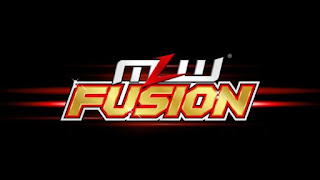 Matches:
•Los Parks vs. Psycho Clown, Psicosis, and Niño Hamburguesa
•Plus much more!

The final week of the Super Series arrives with high stakes and national pride on the line as the historic MLW AAA summit comes to a close.

AAA sends in their heavy hitter Psycho Clown alongside a legend in Psicosis and a total wild card in the human cannonball Niño Hamburguesa. Are they ready to bring balance back to the Super Series as they battle MLW’s Los Parks?

Los Parks made it clear they planned to dominate at the start of the Super Series and demanded that Psycho Clown put together a team to face the formidable family trio led by the legendary LA Park. Now two trios teams will collide in a quest for Super Series supremacy.

After months of rumors, negotiations and near confrontations, Davey Boy Smith Jr. will be in the house and demands CONTRA put up or shut up.  Will World Heavyweight Champion Jacob Fatu of CONTRA Unit put pen to paper? With threats of a “war” CONTRA vows their presence will be felt in some form as the Super Series comes to a close.

Ol Mance Warner has a challenge for the Dynasty that will shock the sport. What does the Bucksnort brawler have in mind for the Dynasty after their disgraceful actions last week?

Meanwhile, the Dynasty travel to Tennessee to hunt down the mythical “Meth-Gator”?

Plus! Pagano promises chaos while Alicia Atout will interview AAA co-founder Konnan about the Super Series and what’s on the horizon and so much more.

The fourth stage of the historic MLW AAA Super Series arrives as over 4,500 fans in Tijuana Mexico witness an interpromotional title match.

The best trios unit in all of Lucha Libre arrive just in time to assist AAA in their efforts to rally back in the Super Series. Myzteziz Jr., Hijo del Vikingo and Octagon Jr. -- collectively known as Jinetes Del Aire make their FUSION debut.

AAA’s world class high-fliers will defend AAA’s most storied and prestigious belts: the AAA World Trios titles in an interpromotional clash as they face MLW’s Injustice.

For months Jordan Oliver, Kotto Brazil, and MLW World Middleweight Champion Myron Reed have decried MLW, the sport, its athletes and fans for not respecting them or putting them on a platform for greater success.

Will Injustice shine against three of Lucha Libre’s best or will the Jinetes get the jump on Injustice and get one step closer to tying this historic interpromotional showdown?

With rumors rampant of Davey Boy Smith signing the dotted line for a World Title Fight, MLW has an exclusive update as the 3rd generation powerhouse puts CONTRA and the undefeated champ Jacob Fatu in his crosshairs.

The Dynasty invite you to join them in the Caribbean as the self-proclaimed Caribbean Heavyweight Champion Richard Holliday goes on a shopping spree. 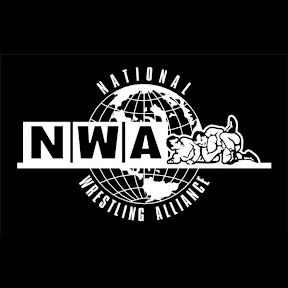 We're proud to present the full journey of Colt Cabana vs. Nick Aldis including the initial challenge that happened after Nick Aldis defeated James Ellsworth in a challenge match.  We'll learn more about Colt Cabana's journey to a potential third NWA Worlds Championship.  Cabana speaks honestly about what the first two reigns were like and how he never thought he'd get a second chance.

Also from the #TenPoundsOfGold story, you'll see the journey of both men to China from landing in Shanghai to their journey to Wenzhou for this historic match.  This is an unparalleled look into the life of The NWA Worlds Champion and his challenger.   Plus you'll see the full match that happened in front of over two thousand fans.

Also in this video, you'll be the first to find out when the very special #NWAPowerrr episode entitled Super Powerrr will air!