"THIS FOLLOWING VIDEO WAS FILMED BY ME.

I‘VE WON A MEET & GREET + THE PERMISSION TO FILM THE ENTIRE SHOW.

IT SEEMS THAT TRIPLE H WAS NOT VERY IMPRESSED BY AUSTIN‘S STONE COLD STUNNER, MAYBE THAT‘S WHY HE DECIDED TO BEAT UP THE FAN.

BY THE WAY: THE REFEREE IS A BEAST."

Everyone loves the WWE Superstar John Cena meme so we decided it was time to bring it to life.

We held an audition for John Cena’s biggest fans to become ambassadors for his new store. What they didn't know: he was about to break through the wall behind them for an unforgettable surprise. The reactions are priceless.

Brought to you by Cricket Wireless and WWE.

Quickly becoming the source for vintage historic matches, NWAOnDemand.com has done it again releasing footage of what is believed to be the only DUSTY RHODES - BRUISER BRODY singles match in existence!

The footage from Houston consists of 17-plus minutes of amazing action from August 11, 1978. This is what the independent wrestling experts had to say:

" This is . . . the only singles match between these 2 ever to make tape. 1978 Dusty is loaded with charisma and is in pretty good shape. He even throws an awesome drop kick in this. I enjoyed early in the match Brody's stooging. Dusty's charisma carried this. Their were moments where Brody would turn it on and came across as a force of nature . . . this is a true treasure and a piece of history."

"Now . . . the Dusty vs Brody match. First of all, we think think this is the only Dusty vs Brody singles match we have. There's 7 mins of a FL tag with Dusty and Reed vs Brody and Studd, but this is one of the most historical things that On Demand has given us as of yet, strictly on paper. 17 minutes, 2/3 falls. I've relatively liked what I've seen of 78 heel Brody, before that first face turn. He stooges, he sells, he gives. He uses his lanky body to full effect tumbling this way or stumbling slowly down or flailing his arms about, or even positioning them up menacingly. I do think the match died a bit when he was on offense, but Dusty was quick to come back."

"In short, Dusty was electric with every little thing he did, and he did a few things I've never seen him do before, like the double axehandle that he fell down on or setting up for the Shattered Dreams '78 (which was the transition to Brody taking the first fall). I got such a kick out of him polishing off Brody's head before punching it and the sheer intensity that he took the second fall with was amazing to see. It's funny, but this was sort of worked like a modern CMLL Title match, with a back and forth first fall that ended with some escalation, a quick second revenge fall, and the a third fall with a lot of selling. The finish was a heat-saver but the post match had Dusty, again, being electric and I bet everyone went home happy. Unless I'm missing something, I'd call this hugely historical footage even if it wouldn't be the first match I'd suggest to people on the service. I'm very glad we have it."

Take the time to see what AWESOME matches are online at NWAOnDemand.com. You can get Unlimited Access to this wealth of historical content - for Less Than 30 Cents a Day! And Remember: New Subscribers get FIRST WEEK FREE - you can cancel at any time - with no obligation!
Posted by JD at 16:59 No comments:

Wrestlemania VII through to Summerslam 1991 saw the WWF focus on building a new, warpainted face for the company: The Ultimate Warrior. But things weren't as straightforward for Vince McMahon as they were with Hulk Hogan in the 80s. House show attendance was down, Warrior's matches varied drastically in quality, and the champion had no real contenders for his title. So why did the Ultimate Warrior experiment fail, and how did it start a real, backstage feud between him and the owner of the WWF? 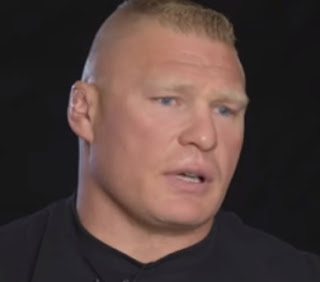 What happens when #BrokenMatt and #BrotherNero meet again? Find out now!

IMPACT WRESTLING is on Pop every Tuesday night at 9e/p. To find out where you can watch, visit the Channel Finder on www.poptv.com

Email ThisBlogThis!Share to TwitterShare to FacebookShare to Pinterest
Labels: NXT

Little Guido has been wrestling well over 20 years. From Japan to ECW to WWE he's experienced so much. Colt and Guido talk about the wonderful journey he's had in this fun conversation from the ECW arena. Sponsors: FiveFourClub.com (CODE: COLT) & SquareSpace.com (Code: COLT)