Bret Hart and Diesel have an epic battle for the WWE Championship at the 1995 Survivor Series. 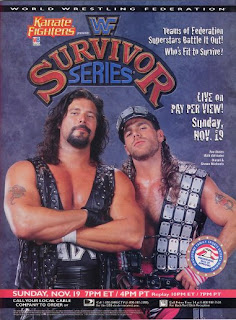 The main event was a No Disqualification match for the WWF Championship. Diesel defended the title against Bret Hart. Hart won the title by pinning Diesel with a small package.