Oct. 11, 1993 - Razor Ramon and Rick Martel duke it out for the vacant Intercontinental Championship. 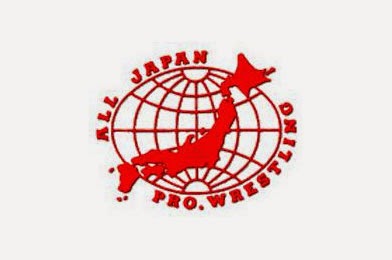 "Dr. Death" Steve Williams taking on Kenta Kobashi. The match is stiff as a tree, features both man telling a great story, the crowd eating it all up like a tasty chocolate sunday, and finish that will have you out of your seat. MUST watch.

Kane was in WCW for a short period of time and hardly anybody knew about it. Watch as he battles Sting in WCW. 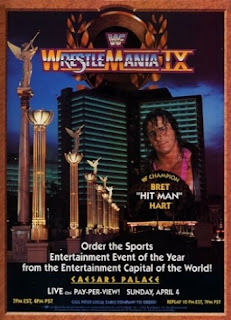 WrestleMania IX was the ninth annual WrestleMania professional wrestling pay-per-view event produced by the World Wrestling Federation. The event took place at Caesars Palace in Las Vegas, Nevada on April 4, 1993 and was the first WrestleMania event held outdoors. The buildup to the pay-per-view consisted of feuds scripted by the WWF's writers, and the matches that took place at the event had pre-determined outcomes that had been decided by the promotion.

WrestleMania IX was built around two main storylines. The first was the seemingly unstoppable Yokozuna challenging Bret Hart for the WWF Championship, a right he earned by winning the 1993 Royal Rumble. The other major storyline was the return of Hulk Hogan, who had departed the WWF following WrestleMania VIII but returned to team with Brutus Beefcake against the WWF Tag Team Champions, Money Inc. (Ted DiBiase and Irwin R. Schyster). Hogan and Beefcake lost the tag team match, but Hogan later faced Yokozuna for the title in an impromptu match after Yokozuna defeated Hart to win the championship. In addition, Shawn Michaels retained the WWF Intercontinental Championship, though he lost his match against Tatanka.

Several reviewers have been critical of the event. The most frequent criticism has been related to the match between The Undertaker and Giant Gonzalez, Hulk Hogan's title win, and the Roman togas worn by announcers. Both the pay-per-view buyrate and the attendance for the event dropped from the previous year's WrestleMania.

The Steiner Brothers make an impressive impact in ther their WWE debut on Wrestling Challenge.