From the 1997 Eddie Gilbert Memorial Terry Funk vs. Doug Gilbert in a dog collar chain match from IWA Mid-south Wrestling.

The Apter Chat - Catching up with Rikishi

He's a master of the "stink-face" as well as a master wrestler, trainer, and a member of the "Samoan Dynasty." He's the father of the USOs, and in that long bloodline of Roman Reigns, The Rock, and the Wild Samoans. He is RIKISHI and interviewed by Bill Apter on this very special APTER CHAT taped at The Big Event/NYC.

Email ThisBlogThis!Share to TwitterShare to FacebookShare to Pinterest
Labels: Rikishi 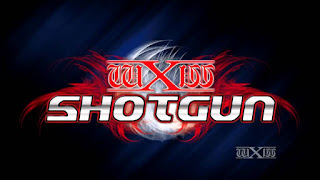 250 episodes of wXw Shotgun. Right between 16 Carat Gold and True Colors we have no time to a break here. Today's main event? Cerberus vs. David Starr & Shane Strickland for the wXw World Tag Team Titles.

Metro Sickness vs. Faith In Nothing from Philly on 3/24/07 from a show that we don't speak its name.

Email ThisBlogThis!Share to TwitterShare to FacebookShare to Pinterest
Labels: Faith In Nothing, Metro Sickness 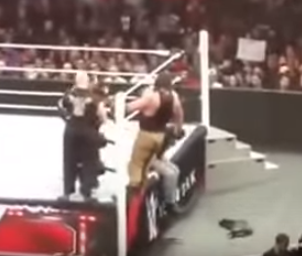 At the start of the footage you can see when Luke Harper injures his leg, and later on (1m25s) a fan attacking Braun Strowman.

Opposite angle of both incidents


This is a backup video in case the above Youtube video is removed, it is a copy of the first video.

http://AngryMarks.com The Undisputed Wrestling Show returns for our weekly show with the latest wrestling news and special guests Headbanger Thrasher! This is just part one of the interview with one half of the former NWA and WWF Tag Team Champions

The opening match from the debut show at The O2 Ritz in Manchester - BUBBLEGUM vs MARK HASKINS.

A break down of what happened after Neville injured his ankle during the match against Jericho.
Jericho first calls all an audible by trying to end the match immediately. Referee Charles Robinson doesn't get the message and doesn't count to 3 (because that wouldn't have been the planned finish).

Jericho gets pissed off at the ref for not going with the audible and openly breaks kayfabe by yelling at him that Neville is hurt (implying that he should have counted to three and end the match because of that).
He then calls a second audible and puts his hands on Charles, giving him another excuse/chance to call the match off (by disqualifying him).

Charles disqualifies Jericho, but Jericho doesn't seem too happy about how things went. Either that, or they try to play it up to move the attention away from Neville. But as you can see, the dialogue isn't exactly kayfabe.

Email ThisBlogThis!Share to TwitterShare to FacebookShare to Pinterest
Labels: Neville

The Latest news from WWE, TNA and ROH from the only Pro Wrestling Talk Show on Broadcast TV!

Cesaro (aka Claudio Castagnoli) vs. Mike Quackenbush from ACW 3/11/07

Watch one of the many Cesaro (aka Claudio Castagnoli) vs. Mike Quackenbush matches this one from Anarchy Championship Wrestling on 3/11/07. Today The Two Man Power Trip of Wrestling welcomes one half of TNA Impact Wrestling’s explosive tag team known as THE WOLVES as former TNA Tag Team Champion Davey Richards joins the show. John and Chad get an up to date injury status on the ailment that unfortunately shelved Richards coming off the last day of the recent TNA UK tour as well the actual timetable for his return. They also go deep into Davey’s backstory and discuss his affinity for the Dynamite Kid, learning from his wife (Angelina Love) some of the finer angles in wrestling history and how he began training with the intense Mr. Wonderful Paul Orndorff. Davey’s epic Ring of Honor title run is also broken down in great detail and some of his greatest matches and feuds are discussed. Lastly and of course we break down the long time partnership with Eddie Edwards and all of the phenomenal promotions they have wrestled in are given the just due they truly deserve as one of the more polished tag teams in recent memory.

There are three ways to #WatchROH

1). Every weekend on your local Sinclair Broadcast Group station 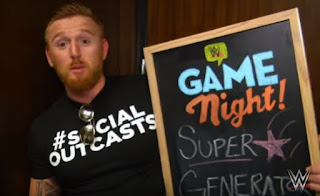 Watch Dolph Ziggler, The Miz and Zack Ryder take the Superstar impersonation challenge to see who is the best at guessing his opponents’ imitations using the Superstar Generator, a highly sophisticated machine that randomly selects WWE Legends and occupations to form strange pairings like The Ultimate Warrior selling art supplies.

Did you miss Fenix and King Cuerno in the GIFT OF THE GODS LADDER MATCH from this week's Lucha Underground? Don't worry, you can watch the entire match RIGHT HERE!