Check out the classic WWE Championship Match between Mankind and Shawn Michaels!

Email ThisBlogThis!Share to TwitterShare to FacebookShare to Pinterest
Labels: In Your House. Shawn Michaels. Mankind 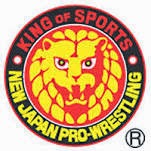 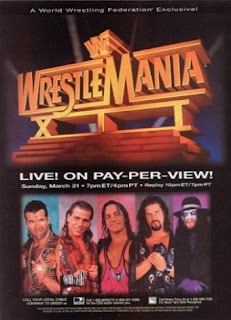 WrestleMania XII was the twelfth annual WrestleMania professional wrestling event produced by the World Wrestling Federation. It took place on March 31, 1996 at the Arrowhead Pond in Anaheim, California.

The main attraction of this WrestleMania was the novelty of the WWF Championship match that was guaranteed to last at least one hour. On-screen WWF president "Rowdy" Roddy Piper had announced on an edition of Monday Night Raw that reigning champion Bret Hart must defend the title against Shawn Michaels in the first ever "WWF Iron Man Match"; whereby the winner would be the man with the most decisions over a sixty minute time limit. Michaels had earned the opportunity to face Hart by winning the 1996 Royal Rumble, and had also defeated Owen Hart at In Your House 6 for the right to keep the WrestleMania title shot

The main event was built on Bret Hart wanting to retain the WWF Championship against Shawn Michaels, who had suffered a number of setbacks over the course of the previous year, including: failing to win Diesel's WWF Championship the previous year at WrestleMania XI, being accosted by a group of Marines at a Syracuse, New York nightclub, forfeiting the WWF Intercontinental Championship at In Your House 4: Great White North in October 1995 to Dean Douglas, suffering a storyline concussion at the hands of Owen Hart, and being betrayed in storyline by close friend Diesel at a house show at Madison Square Garden.
Posted by JD at 13:24 No comments: