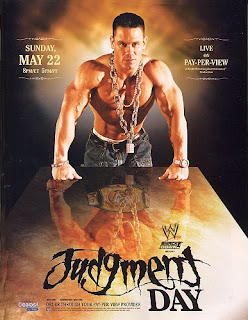 Judgment Day (2005) was a professional wrestling pay-per-view event produced by World Wrestling Entertainment (WWE). It was the seventh annual event of the same name and took place on May 22, 2005 at the Target Center in Minneapolis, Minnesota.

It was presented by Clearasil. The event featured wrestlers and other talent that performed on the SmackDown! program.

Judgment Day grossed over $500,000 in ticket sales from an attendance of 9,500, and received 220,000 pay-per-view buys. This event helped WWE increase its pay-per-view revenue by $4.7 compared to the previous year.