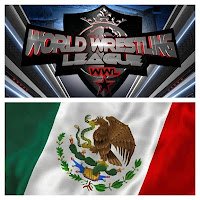 The World Wrestling League has had another busy week with announcements for their upcoming tour as well as a new alliance made with an international promotion that will open the door to some future opportunities in their market.

In a joint press release from WWL and Brazilian Wrestling Federation (BWF), they announced that they finalized negotiations on a working business partnership that will allow for talent exchange as well as future business opportunities down the road. It is said that both sides are very content with the agreement and eager to see what they can accomplish together. Almost simultaneously, WWL announced the addition of Brazilian wrestler “Zumbi” to the July 7th Mexico date.

Two more names that were announced for the “WWL: Dream Matches Tour” are French wrestler Heddi Karaoui and WWC-PR’s “El Leon” Apolo. WWL’s president, Richard Negrin, expressed his gratitude to WWC’s president Victor Jovica and Carlos Colon Sr. for allowing them to add Apolo to the ever growing international roster for this tour. Negrin thanked both Jovica and Colon for their gesture and once again congratulated them on their 40 years of success in Puerto Rico.

This week they announced what looks to be the official card for this event in Mexico. Here is the announced line-up:

Ticket prices for this Mexico event are:

WWL also continues to work on the details for the rest of the tour dates. The dates and cities announced at this point are:

Other talent that will be taking part of the different cards in the tour are Carlito, John Morrison, Matt Hardy and “Extreme Tiger”. The only match announced at this point for the Texas weekend events is between WWE Hall of Famers Terry Funk and Mil Mascaras.

As we have mentioned in the last several weeks, WWL’s World Heavyweight champion, Monster Pain w/ Mistress GlendaLee, will be taking part of AAA-Mexico’s TripleMania 21 as part of a six man tag team match where he will team with TNA’s Jeff Jarret and Matt Morgan to face “Psycho Circus” – Psycho Clown, Monster Clown & Murder Clown. Other WWL talents that will participate of the event are “Los Mamitos” – Mr. E. & Sexy B. – who will be one of the 5 tag teams that will be competing to become the new AAA-Mexico Tag Team champions during AAA’s biggest event of the year. These appearances are part of the business partnership that WWL and AAA have developed. AAA’s Triple-Mania will take place Sunday June 16th in Ciudad Mexico.

Our friend Pedro Figueroa from LuchaLibreOnline interviewed WWL’s president Richard Negrin and Mr. E (former WWE’s Escobar) in the last couple of days. During the interview they discussed participating in AAA’s TripleMania, the addition of Carlito and Apolo to their tour roster and more. The interview is in Spanish.

New Borinquen Pro Wrestling (NBPW), developmental territory for the WWL, has made more announcements this week regarding their debut event. The event will be at the “Santa Isidra Arena” on Saturday June 29th at 4:00PM in Fajardo, PR. The venue is small, which should provide for a very cool feel to the show. This first event will be completely free of charge for the fans. Matches announced for the show are:

More matches and talent to be announced in the coming weeks…
Posted by JD at 10:01