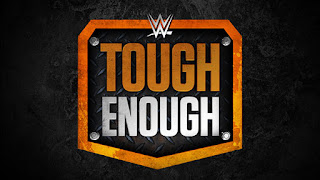 This season of WWE Tough Enough combines the can’t-miss excitement of live television with hard-hitting reality-show drama as seven men and six women compete for the once-in-a-lifetime opportunity to become a WWE Superstar or Diva. By the end of the season, one man and one woman will be deemed “Tough Enough,” earning them each a $250,000, one-year WWE contract!


The Miz talks to the WWE Tough Enough competitors to get their thoughts on the second elimination of the season. Watch Tough Talk on WWE Network every Tuesday at 9:00p ET/6:00p PT after WWE Tough Enough. Find out how to watch Tough Enough in your area - http://bit.ly/1BwK5iz