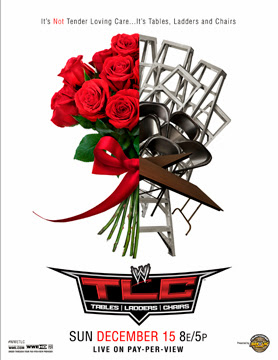 A year ago it would be madness to think Dolph Ziggler would lose to Johnny Curtis, but this isn't a year ago, and Curtis is now called Fandango! It is a shame that Ziggler is shoved into a match of little importance on the pre-show, when he should be fighting for one of the top belts.

Fandago to win here, in what will probably be an entertaining match.

As always Cena is the favourite to win this one, but it seems completely pointless to have a unification match at a throw away PPV, if this really is the most important match of this generation, then why isn't it happening at Wrestlemania or Summerslam?

I suspect there will be a twist or a screwy ending here, I expect Orton and Cena to grab the opposite title to what they have now at the same time, meaning that this feud goes on into the Royal Rumble. If this happens it will be a terrible ending and perhaps a more disheartening end than Summerslam when they destroyed all the momentum Daniel Bryan had in one moment.

Rumours have flown about regarding Triple H somehow inserting himself into this match and taking away the unified championship. Personally I'd like to see something happen whereby Daniel Bryan and CM Punk somehow end up as part of this match and them to both grab opposing belts at the same time! And then you have your Wrestlemania main event for a true unification of the titles between the two best performers on the roster! Oh we can only dream!

CM Punk somehow gets the win here, not sure how, but anything but a Punk win seems pointless. Expect the Shield to start to fall apart as has been teased recently, leading to perhaps a triple threat between them at Royal Rumble, or even Wrestlemania if WWE decide to book that far ahead.

Daniel Bryan has some how ended up in this pointless feud with the Wyatts, The Slammys and the Championship Ascension Ceremony on Raw proved that the WWE Universe want Daniel Bryan as the face of WWE, I expect him to lose this match, and get buried even further, and knowing Vince McMahon I half expect Daniel Bryan to get brain washed and join the Wyatts in what will be the dumbest decision in the history of WWE Booking.

Wyatts to win, lets just hope the crowd dont give up on Bryan and chant his name throughout the Championship unification match to truly send the message they want Bryan as champ!

AJ seems to win regardless of who her opponent is, and what they are doing, no one deserves to be the Divas champ more than Nattie, but for some reason Vince seems determined to keep AJ as the champ even though its got boring now.

I hope Nattie wins, but I expect AJ to retain.

UPDATE: Word has come out with regards to an altercation between AJ Lee and NBC sports personality and WWE fan Michelle Beadle, apparently Beadle said something disparaging to CM Punk (Who dates AJ), AJ heard about it and confronted Beadle, Beadle then reported her to WWE.

Because of this there is some backstage heat on AJ, and there is a chance she may get punished for her behaviour regardless of who was to blame (WWE Loves celebrities), so there is a high chance now that Natalya will win since she is a consummate professional well liked by Stephanie and Vince.

From being your uncrowned World Champ, since being buried by Cena, Sandow is now outsider to win the IC Title. People said that Sandow would go to the next level despite being buried by Cena, well time has proven that wrong, and much like Ziggler before him, Sandow finds himself firmly in the midcard with little to no future.

Big E retains the belt, although I could see some kind of confrontation with Mark Henry as a feud between them has been teased for the future, perhaps Henry interferes and causes a disqualification.

Rybaxel have been thrown together since the demise of Heyman, and Ryback has been buried since, so cant see them winning, Big Show and Rey have been thrown together as well, and with Reys injury prone past cant see them winning, although would be a good way to protect Rey having him in a permanent tag team, the only team here in with a chance of winning is The Real Americans, Cesaro has great momentum, and needs to reach that next level, and the tag belts could be a good stepping stone for him, but alas I suspect that the Rhodes Brothers will retain, they are still the hottest tag team by far. My only question is, where are the Usos? Did Vince and co forget about them?

Email ThisBlogThis!Share to TwitterShare to FacebookShare to Pinterest
Labels: TLC 2013