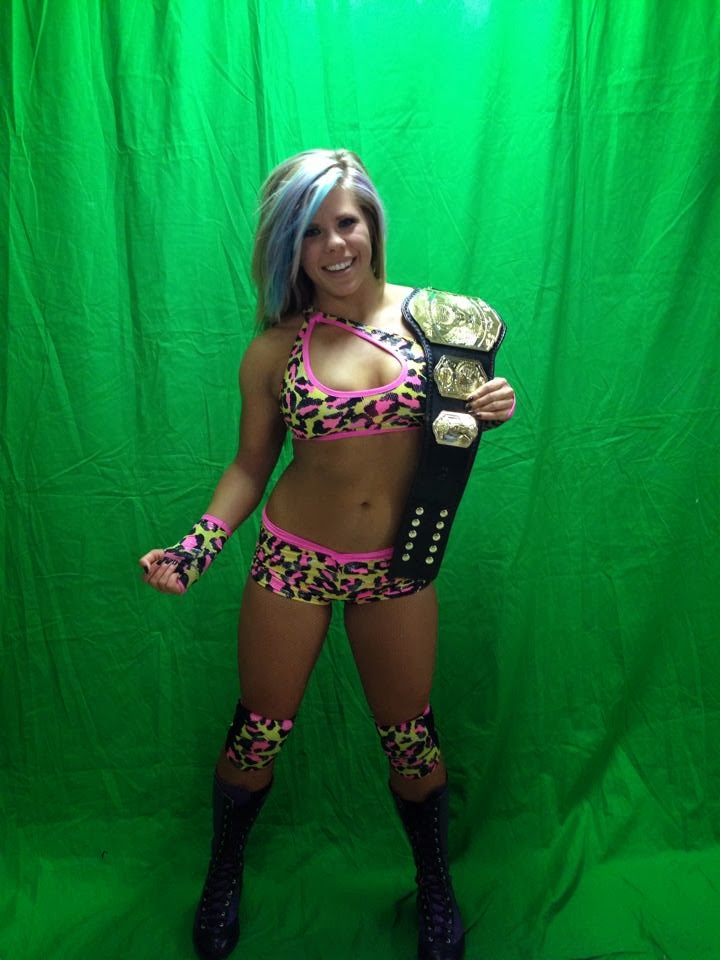 Houston - For the third time in the span of a month, an NWA World championship changed hands as Barbi Hayden defeated Kacee Carlisle at NWA Houston #35 in Houston on Saturday to become the new NWA World Women’s Champion.

This was the third meeting between Hayden, also the reigning NWA Lone Star Women’s Champion, and Carlisle for the title. In their first meeting in May 2013 in Houston, Hayden defeated Carlisle by disqualification, while later in San Antonio, Carlisle pinned the challenger.

Carlisle had held the title since defeating Tasha Simone in Lebanon, Tennessee on October 20, 2012. Her reign of 463 days was the eighth longest combined NWA World Women’s Championship reign, just three shy of passing Leilani Kai.
Posted by JD at 20:02