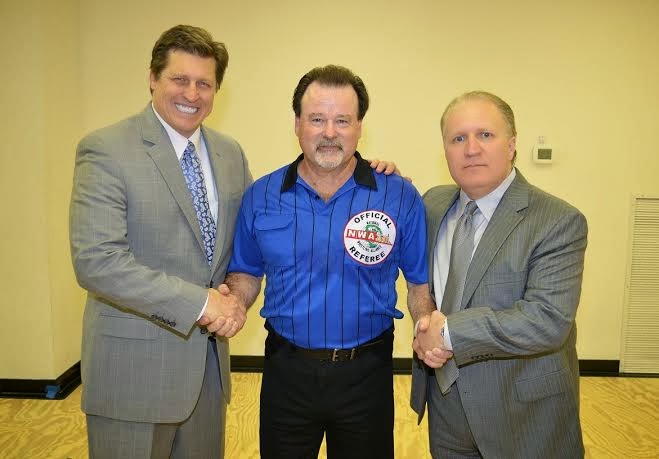 The National Wrestling Alliance has named James Beard to the position of Director of Talent Relations. Beard, a 2013 Texas Professional Wrestling Hall of Fame inductee, is a 30-year veteran in professional wrestling both in the United States and abroad, both in the ring as a referee and behind the scenes as a television writer, creative consultant, booker, talent agent and promoter.

“I am excited about the opportunity,” Beard said, “and look forward to working with the great NWA talent and promoters. I hope to bring about a more inclusive and helpful working relationship between all those who represent the NWA, both in the ring and in management.”

Working for well-known organizations such as World Class, USWA, SWS-WWF (Japan), GWF, NOW (Japan), NWA, Big Japan, CWF and many other promotions, Beard established a reputation as someone who is capable of handling talent relations and dealing with a variety of promotional issues, creative direction and television production.

A veteran of over 50 international tours around the world, Beard spent time working as a regular employee of three different Japanese companies, something no other foreign referee has ever done to this date. As a trusted talent booking agent/scout, his influence there helped introduce many American wrestlers to Japan for the first time.

In the past year, Beard has spent time working on TCW TV tapings and has been actively involved in working with NWA promotions as referee and as an advisor of creative direction.

He has recently released a book that includes stories from his career, an in-depth look at the World Class organization's rise and fall and the Von Erich family as well as an extensive and detailed explanation of the referee role. The book also features chapters about his relationships with some of the well known individuals that he has worked with and known in a long, multi-faceted career in Professional Wrestling.

"The NWA welcomes the official addition of James Beard to the team,” NWA President Bruce Tharpe said. “His extensive wrestling experience in the United States and Japan speaks for itself and we have found James to have the highest character and business integrity. Additionally he has great respect from all of our talent and licensee promoters. We look forward to working closely with him to develop the NWA brand worldwide in a variety of areas."

"James is a consummate professional who brings a wealth of knowledge and experience to the National Wrestling Alliance,” added NWA Vice President Chris Ronquillo. “His responsibilities will include, but not be limited to, acting as a liaison between talent, licensed promotions and the NWA office. James is a great fit for the organization and this position. We’re pleased to have him join the team.”