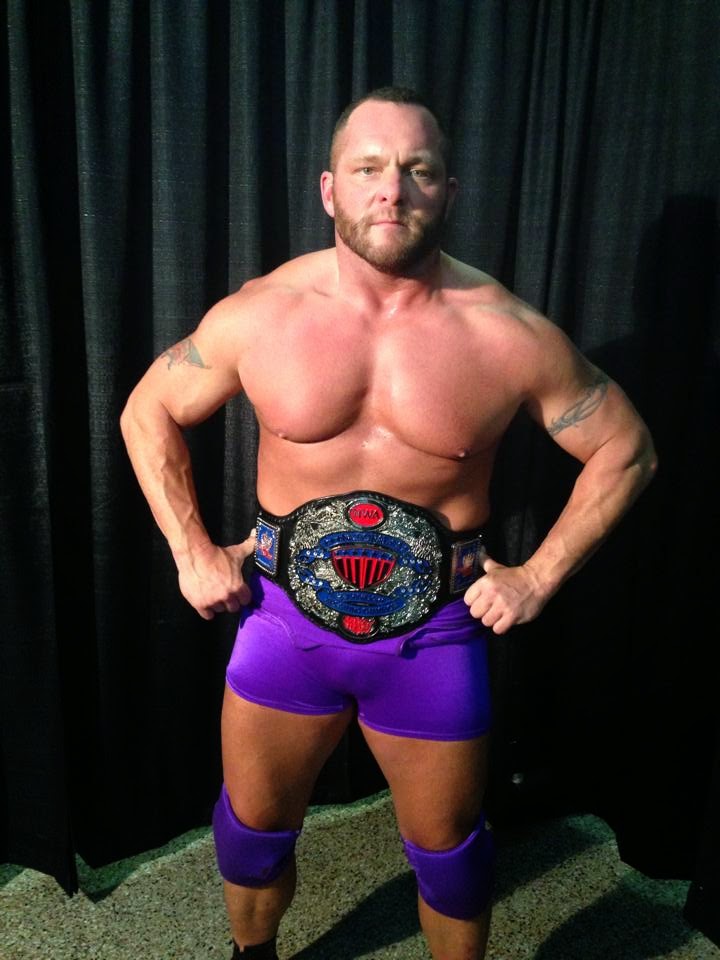 Toledo, Ohio - In less than 24 hours, Lou Marconi was defeated by Phil “Nitro” Monahan for the NWA National Heavyweight Championship at an NWA Championship International Wrestling event in Hillsdale, Michigan on Friday only to regain the title from Monahan at an NWA-CIW event in Toledo, Ohio on Saturday. Their respective title reigns were the second for both men.

Marconi and Monahan will face each other again at an NWA World Wide Wrestling event on April 5 in Carolina Beach, North Carolina.
Posted by JD at 13:16